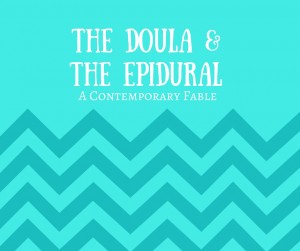 The Doula and the Epidural

The pink and gold pennant banners stretched across the mantle, the windows, and the door frame. Sprinkled cake pops stood at attention in six straight rows, tissue paper peeked out of gift bags, and Pregnant Mama sat bright-eyed with her circle of friends. Her baby would be here soon! The thought had her feeling…well, how to describe it? A good dose of excitement combined with a heaping tablespoon of anxiety. Mix that together with equal parts joy, worry, and anticipation and that’s how she was feeling. We’ll just leave it at pregnant. She was feeling pregnant.

Now Pregnant Mama had been thinking and dreaming and planning. She had found a wonderful doctor who took care of her and never made her feel rushed or silly. She’d read all the reviews online and the perfect teal-blue-with-gray-accents car seat was sitting in the corner. She had even taken a class and learned all about the stages of labor, her water breaking, and skin to skin time immediately after birth. But she had to ask herself: “Have I thought of everything?”

“Pregnant Mama, dear,” neighbor Sally said, leaning in to chat. “Have you thought of hiring a doula? I had one and she was fantastic!”

A doula. What was that again?

“You know, a doula,” Sally supplied. “She’s kind of like a professional labor coach. Mine was with me for twelve hours during my birth! Best purchase ever.”

Oh, a doula! Pregnant Mama remembered hearing about those in her childbirth class. But she was getting an epidural. Why would she want a doula? She was pretty sure doulas were only for people going for an unmedicated birth. Probably at home. Or in the woods somewhere.

Nevertheless, the idea of a doula kept nagging at Pregnant Mama until she finally decided to interview a few. Who knew? Maybe she’d like to have one after all. Well, three phone calls and three visits later, she made up her mind. She was going to hire Doula Raven.

Doula Raven met with her twice before the birth. They reviewed things she had learned in class, talked about Pregnant Mama’s hopes and fears, and Doula Raven even showed Supportive Partner how to do the double hip squeeze. Together, they reviewed the plan for an epidural and Doula Raven went through all the pros and cons. Pregnant Mama really appreciated the support Doula Raven offered and felt even more educated about her choices than before. She knew she had someone on her team that whose only focus during the birth would be Pregnant Mama’s and Supportive Partner’s needs and comfort.

One day, early in the morning, Pregnant Mama started feeling some contractions. So this is what they felt like! With each tightening of her belly, Pregnant Mama knew her baby was getting closer and closer to her arms. She was excited! And nervous! And excited! She let Doula Raven know that things had started. Doula Raven told her she was doing so well and to call again when she needed some extra support. A few hours later, the contractions were more intense and coming closer together. Pregnant Mama and Supportive Partner chatted and decided it was time to head to the hospital. They wanted to get settled in and Pregnant Mama thought she might be getting close to wanting that epidural. Pregnant Mama called Doula Raven and asked her to meet them at the hospital.

They arrived at the hospital a short while later and Doula Raven was there to meet them at the entrance. When Pregnant Mama felt a contraction coming on just inside the doors, Doula Raven had her slow dance with Supportive Partner and did the magical hip squeeze on Pregnant Mama from behind. Pregnant Mama felt a sense of relief knowing that her team was all together now and that she had the support she needed. Before long, they were in Room 11. Pregnant Mama soon realized that her epidural wouldn’t appear instantly. There were questions to answer, electronic fetal monitoring to be done, dilation and effacement to check, and fluids to run via I.V. Thank goodness she had hired a doula! Doula Raven helped Pregnant Mama stay calm and work through her contractions one at a time. She reminded Supportive Partner about using verbal affirmations and made sure the room lights were low and morale was high.

Finally, the anesthesiologist arrived. Things were moving along well and at 7 cms dilated, Pregnant Mama was ready for the epidural. She had been working hard for many hours and was hopeful the epidural would allow her to rest a bit before the work of pushing began. Doula Raven helped her hold still while the spinal catheter was placed. Once the epidural kicked in, Doula Raven helped Pregnant Mama flip over to her other side every 30 minutes and worked her hips to encourage baby to continue moving down.

When Pregnant Mama was fully dilated, she knew it was time to push. She was going to meet her baby! Doula Raven helped hold up one of her legs and made sure Supportive Partner had a nice cool cloth to place across Pregnant Mama’s forehead. She helped Pregnant Mama focus her energy down to her baby and encouraged her with her words and her actions. A little while later, baby was born and placed into Mama’s arms. What a moment!

Looking back on the birth weeks later, Pregnant Mama knew she had been wise to hire a doula and surround herself with attentive and compassionate support. She smiled down at the baby resting in her arms. “We did it, Sweetheart!” she said.

Moral of the Story: Doulas are for every birth. At home, in a hospital. Epidural, water, or Cesarean birth. We are here to support YOU and the choices YOU make.

This site uses Akismet to reduce spam. Learn how your comment data is processed. 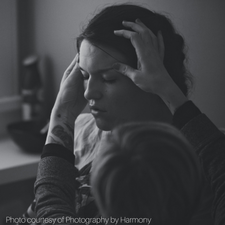 We are Ashlie and Candace and together we are Beehive Birth Care, your one-stop shop for childbirth classes, doula services, and placenta encapsulation in the Salt Lake City area. Whether you're looking to hire a doula for your upcoming birth or researching childbirth classes, you've come to the right place! Thanks for stopping by and we look forward to hearing from you. 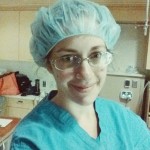 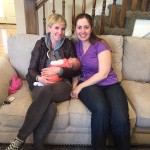 Stay up to date!

Latest from the Blog 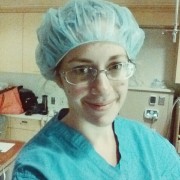 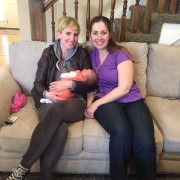 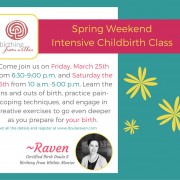 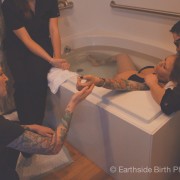